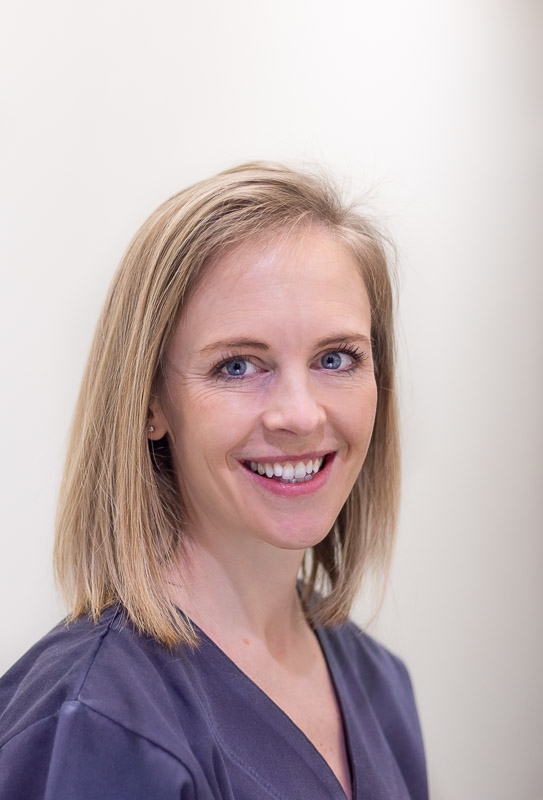 Kirsten Mortimer is a registered physiotherapist. She completed her physiotherapy honours degree at WITS University in 2006 (BSc Physio).
Following graduation, Kirsten spent her community service year at Graytown Hospital in KwaZulu Natal, where she was involved in the running of the in- and out-patient physiotherapy departments.
Christine then travel to London where she worked as a musculoskeletal physiotherapist (Band 6) at Kings College Hospital, St. George’s Hospital and Wimbledon Physiotherapy Clinic.

On her return to South Africa in 2010, Kirsten worked at The Centre for Sports Medicine & Orthopaedics (Rosebank, Johannesburg) for six years where she treated both professional and recreational athletes as well as orthopaedic conditions, both in and out of hospital.
Kirsten has a keen interest in sports and is an enthusiastic runner. She has a special interest sports and particularly in running and orthopaedic injuries.
She and has worked with Pirates u19 and u21 rugby teams and has also completed her OMT1 (Orthopaedic Manipulative Physiotherapy) certification in 2011. Kirsten assists on the SPT (Sports Physiotherapy) course and on the OMT1 course.

Kirsten completed her Pilates teachers certificate in 2013 and now has a passion for teaching the New York method of Pilates as well as using Pilates in rehabilitation following injuries.
Kirsten lives in Randburg and has completed her back-to back Comrades marathons. Over and above her love for running, she enjoys cooking, baking, good wine and spending time with friends and family.

Kirsten is a member of: